St. Teresa of Calcutta is commonly known as Mother Teresa.

Although she is called St. Teresa of Calcutta, she was born in 1910 in a place called Macedonia and her parents gave her the name Agnes.

When she was 18, Agnes moved to Ireland and became a nun.  She was given the new name of Sister Mary Teresa (after St. Therese of Lisieux).  Later she became known as Mother Teresa.

The convent sent Sister Teresa to India where she worked as a missionary, telling people about God.

Mother Teresa spent many years as a teacher, but she felt that God was calling her to work directly with the poor.

In 1948, for the first time she wore the white, blue-bordered sari and went to help the poorest of people on the streets.  She set up the Missionaries of Charity.  Much of her time was spent in Calcutta.

In 1979, Mother Teresa was awarded the Nobel Peace Prize for all of her years of helping, caring and hard work.

In the 1980s, Mother Teresa travelled all around the world teaching other people how to help the poor people in their communities. 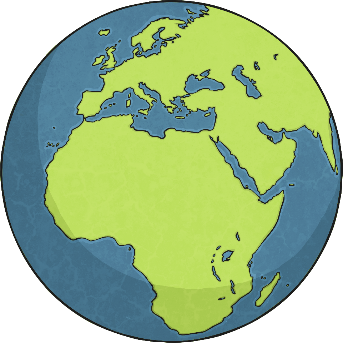 “Not all of us can do great things. But we can do small things with great love.”  Mother Teresa