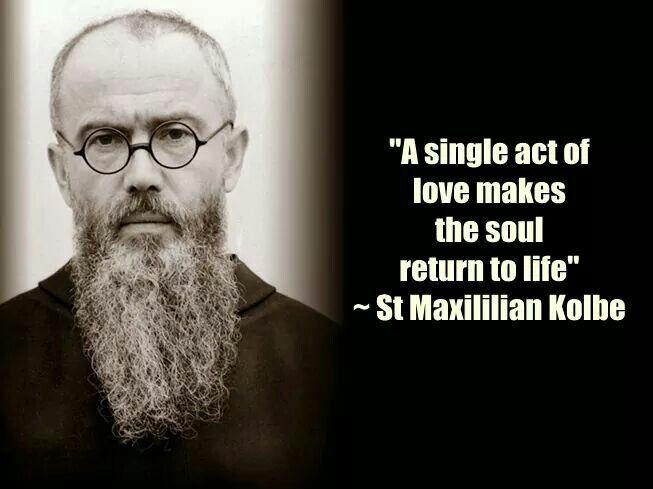 St. Maximilian Kolbe was born in Poland in 1894 and at about the age of 10 had a vision of the Virgin Mary. She offered him a white crown and a red crown, representing purity and martyrdom. He chose both.

In 1939, during WWII, at Niepokalanów, he welcomed thousands of refugees, especially Jews. In 1941, St. Maximilian was arrested by the Nazis and taken to the Auschwitz concentration camp. There he offered his life for another prisoner and was condemned to slow death in a starvation bunker. He died on August 14, 1941, with an injection of carbolic acid. Pope John Paul II canonized him as a Saint and Martyr of Charity on October 10, 1982. St. Maximilian Kolbe is considered a patron of journalists, families, prisoners, the pro-life movement, the chemically addicted and those with eating disorders.